Tracking Activity, Sales, and Results of Stack Up! (or dive trying)’s Performance as PixelConflict’s Debut Title Launched on Steam

A Six Month Overview with Learnings so far, and our Plans for 2022

With no marketing or advertising budget, we had the idea to promote Stack Up! (or dive trying) by combining traditional PR activities (press outreach, influencer relations, interviews, and so on) with social media presence, internally created assets and a combination of giveaways.

After spending over a year on part-time development throughout the pandemic, Noovola and PixelConflict partnered up in May of 2021 and spent the good part of two months developing the English Store Page, localising it into Italian, German, Spanish, French, Chinese, Hungarian, and Russian, building relationships with the press and smaller content creators, creating assets, drafting Steam Posts, and a lot more.

We also took on a thorough competitor analysis, basing our research on similar party games that had trackable success, including Unrailed!,  Gang Beasts, Pummel Party, and Among Us (Figure 1).

We looked at how they promoted their own games, what launched them to stardom (Among Us especially), and what we could do to better introduce potential players to our title.

One major point of note here was that each one of our competitors showcased their characters within their Steam store page graphic, so we quickly made sure we were closer to what the market expects. The result? We decided to add our Stack Up Guy, and some of the free unlockable cosmetics, in the graphic. We think this was a fairly small edit, but had a huge impact once the game launched globally on July 16th.

We believe this choice helped boost click worthiness on launch day, and allowed the likes of XQC, Forsen, and Lirik to find and buy the game organically, streaming it to their followers, without us ever reaching out to them. Their videos’  impact on sales can be seen right away in Figure 2, creating a wave of sales we’ve yet to match again.

The big Twitch streamers quickly brought Stack Up to the top 50 games watched on Steam for that weekend, ranking in thousands of viewing hours and a peak of 100,000 concurrent viewers over that weekend.

Although this sounds amazing, the full result wasn’t all sunshine and rainbows - 38% of sales made on launch weekend, which is over one in three, were quickly refunded. We assume this is because a lot of the streamers’ viewers purchased the game in hopes to be able to play multiplayer with them. Once the streaming stopped, the refunds flooded in.

We’ve taken the sales from Figure 2 and broke them down per activity in Figure 3:

Green = our own social media posts

The first and biggest wave of sales (which also resulted in the biggest wave of refunds, as explained above) was only slightly matched by the second wave of purchases in November, when Russian YouTubers played our game organically and both Mashing (AUS) and Stump (US) picked up the game through our own Update 1 pitching, producing two videos each for a total of four earned videos. 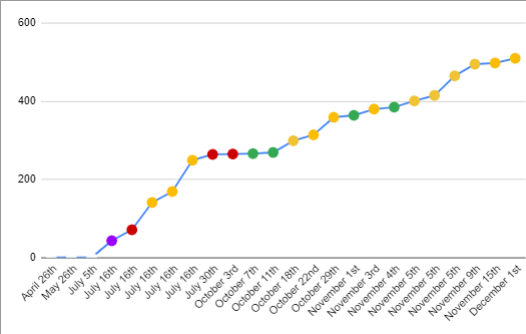 We can comfortably say that with zero advertising and marketing budget, our best results in terms of sale were received through influencer/content creator coverage. Whilst live streaming Stack Up resulted in major sales (and a lot of refunds) YouTube vods had a similar boost in sales, without as many refunds, most likely due to the fact that people buying the game were not expecting to play it with the YouTuber who uploaded the video.

Traditional Gaming press also picked up our game in droves, though this was only small publications with limited unique monthly readers. Approximately 1/3rd of articles were published from Italy, though the country only resulted in 4% of total sales and key activations (Figure 4.) 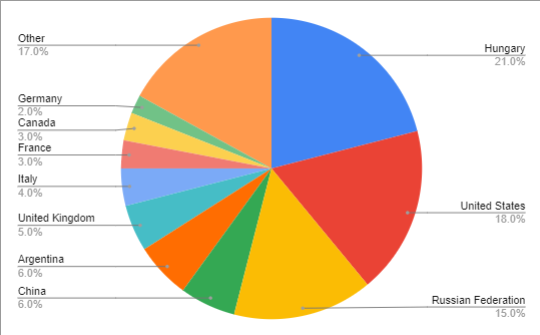 Hungary, in this regard, was number one with 21% of all activations (nearly one in four people). This is largely due to our inclusion in Hungary’s biggest gaming magazine, in both print and digital, which allowed us to give away keys to PC World’s dedicated readers, and which was a great excuse to make this awesome piece of art: 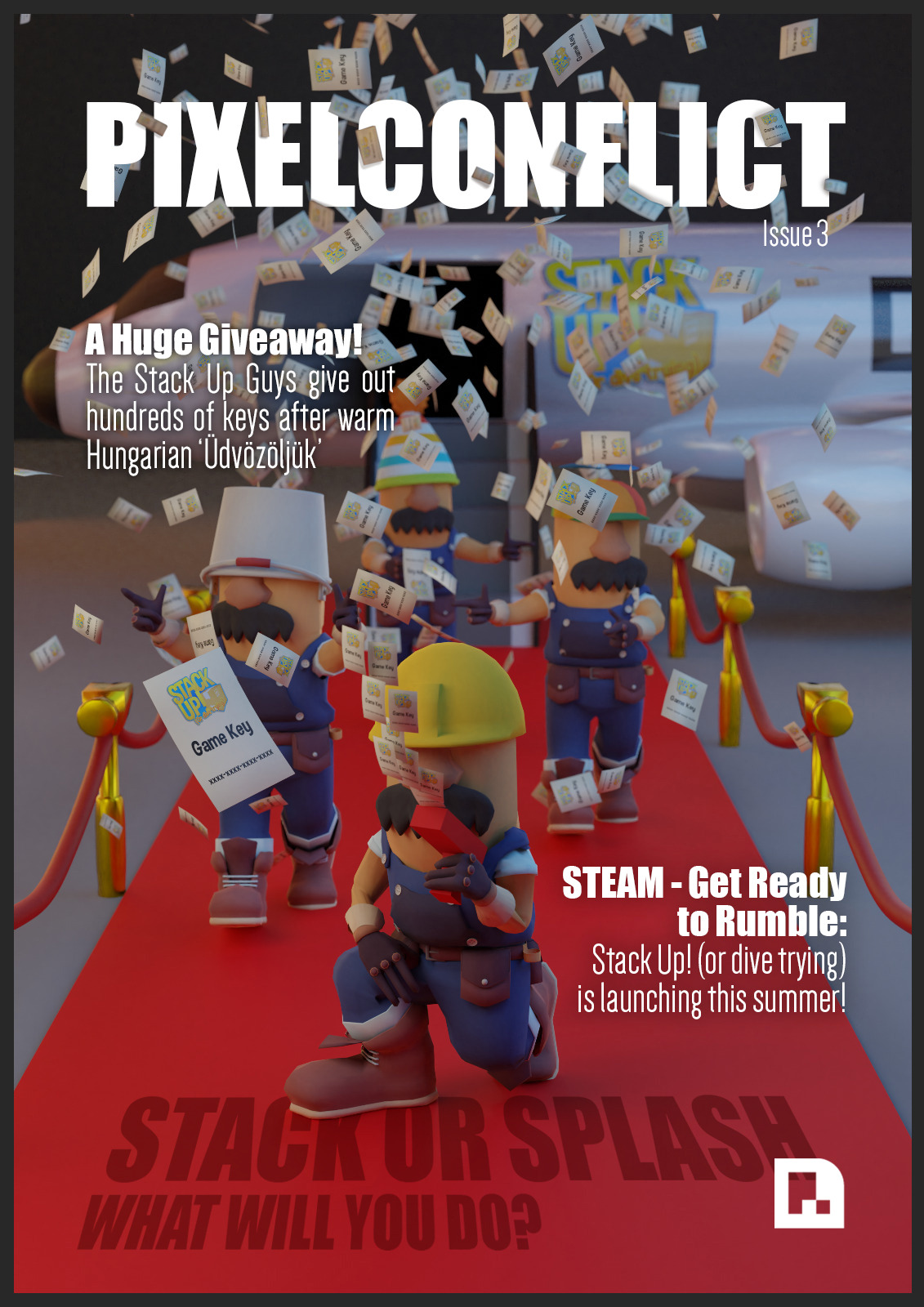 It was awesome to see our game featured on a real, paper magazine, and the folks at PC World Hungary were absolutely wonderful, sending us a few copies once the issue launched.

The United States currently sits in second, thanks to various factors, including both Twitch and YouTube streams (18%) The Russian Federation in 3rd (15%, largely due to organic content creator videos) and China and Argentina both joint 4th at 6%. Our reasoning for China’s position is that we translated both the store page and game into modern Chinese so it would appear on Chinese players’ Steam, whilst in Argentina, a small streamer (60k subscribers) also picked up and played the game on launch day. Smaller magazine coverage and giveaways in the UK, Germany and France are in our estimates the reason for their appearance on the chart. 17% percent (almost one in five people come from other countries).

Ultimately, we believe that influencer/content creator videos and social posts have had the biggest impact in sales of Stack Up, thus we aim to double down on this come our future updates and the new year. We are also aiming to port our project to new platforms, and will make sure we learn from these past six months, so as to maximise our ability to share our game with the world.

All in all, this has been a journey filled with ups and downs, but one thing is for sure, we have learnt so much we wouldn’t have had otherwise, and this is largely due to our persistence, commitment to the title, and goals to do game development full time. We look forward to what the future holds, and hope you can join us for the ride.

Thanks so much for reading,